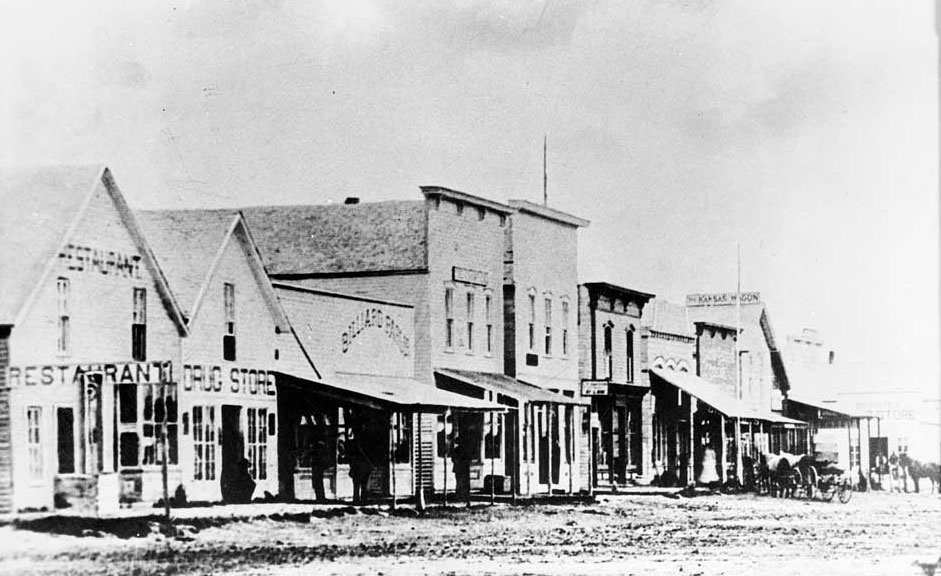 Hosted by the Norton County Arts Council at the Gloria Nelson Cultural Arts Center on the main level of the recently renovated historic Heaton building, “Breaking Ground: Tales of Norton County Fireballs” explores stories of local pioneers known for their blazing boldness, progressive values, and fiery personalities. Using a combination of historical maps, research, artifacts, and art inspired by the people and environment of the area, discover connections Norton County had in early medicine, the development of early geometrics, and Bleeding Kansas. Additionally, a bonus mini-exhibit examines the 2020 pandemic effects on Norton County using a combination of photography, video, art, and oral histories collected and curated during the summer and fall of 2020 in “The Place in Between: Life in Norton County during the 2020 Pandemic” history project.

Early maps of Norton County share bits of history and bear names of Norton’s first trailblazing “fireballs”. Two men, John Landis and Noah H. Billings, known for their eccentric personalities and ambitious desires for political office, worked to establish prominent towns in their namesake during the 1870s through 1880s. Their ambition and abrasiveness with their community members led to these two towns never fully becoming established in Norton County, dissolving into nearby budding towns of Norton and Edmond.

During the late 1800s, Dr. Phebe Amelia Oliver Briggs and Madame Ve Broquet-Delcourt traversed the country to Kansas with very different intentions. One to serve as a medical missionary to various native tribes, the other to assist a wayward son, which eventually led them to settle in Norton County.

Dr. Briggs became one of the first female doctors to practice in Kansas. She was among the class of women accepted into the medical program who were part of the “jeering incident” at Pennsylvania Medical School. After graduating, she worked alongside Dr. Elizabeth Blackwell. Later she transferred to the Otoe reservation in Marysville KS, where she married her husband John Story Briggs with members of the Otoe tribe as witnesses to their marriage. A honeymoon hunting trip following the Pawnee tribe led them to the northwest part of the state where they settled in Norton in 1873.

Madame Ve Broquet-Delcourt of France had been sending her son, Ernest Broquet, substantial money to build a factory in Norton County. After some time she decided to track him down to find out the status of the factory. To her dismay, she found he squandered the money and was living in a sod house with his wife and many children. Madame Broquet, having substantial financial assets, chose to stay and invest in the growing community, becoming the largest landowner in the county during her life. Her wealth drew attention and landed her son Ernest in the national headlines for years to come, as “long lost” family members tried to stake a claim on the inheritance after Madame Broquet passed away.

Both Briggs and Broquet left their own unique legacies paving the way for future generations of women.

At 4:50 p.m. on February 18, 1948, hundreds of people witnessed a brilliant fireball in the clear afternoon skies above Colorado, Kansas, and Nebraska. Several locals heard loud explosions, followed by a roaring sound like the noise of a jet engine. The following days and months, hundreds of stones were recovered from a large area on the Kansas / Nebraska border, in Furnas County, Nebraska, and Norton County, Kansas. (Near McKinley Ranch)

Two Kansas born meteoritic professors, Harvey Harlow Nininger of Conway Springs, KS and Lincoln LaPaz of Wichita, had been working to establish a society of meteoritics prior to the Norton meteorite fall. Each used different approaches and philosophies in the study of meteorites leading to a falling out between the two, the final straw being the search and recovery of the Norton county meteorite.

The Historic Heaton Building: Preserving the past, investing in the future

In 2011, after Warren and Wanda Heaton and another donor donated the middle and southern section of the building, the Norton County Community Foundation acquired the north section, and a complete exterior restoration of the historic building began. The storefronts were completely rebuilt to their original style with new materials. Interior renovations and construction on the main floor were completed in 2017 and included a coffee bar, gallery space, retail and commercial spaces. NCCF’s project was vital to the redevelopment of downtown Norton and the preservation of commercial history due to its location in the heart of the community.

The 2020 pandemic proved to be a crossroads for the nation as well as the world. As daily lives were affected by the many rapidly changing restrictions, COVID-19 outbreak, economic stress, and political tension, the local community began feeling the ripple effect of these challenges.

During the pandemic, the Norton County Arts Council “pivoted” from their normal in-person events to engaging locals using online and 1-1 interview to capture the unique time in history and the impact of the pandemic on the local community. “The Place in Between: Life in Norton County during the 2020 Pandemic” history project is a curated mini-exhibit of photography, community art, and oral history interviews collected from the local community during this time.

Thanks for experiencing this story from